“Colonel Tom“ Parker, Elvis Presley’s manager was quite a peculiar character. He was Dutch-born and emigrated to the United States at the age of 18. He jumped the ship to avoid control and never held a passport.

After becoming Elvis Presley’s manager, he never worked abroad America and didn’t allow Elvis to do so either. Some speculated that this was because Parker didn’t hold an American passport and was concerned of being deported if leaving the country. 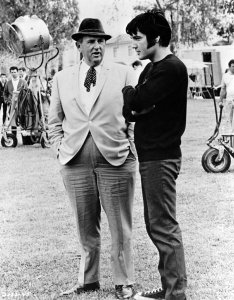